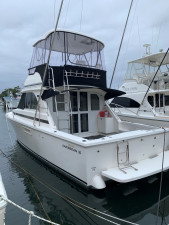 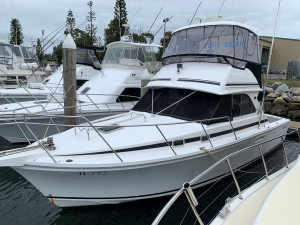 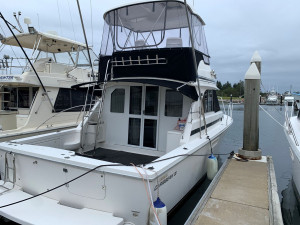 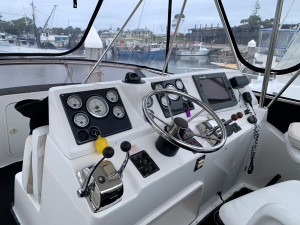 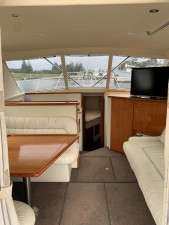 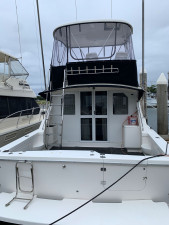 The Caribbean 35 is one of the most successful boats ever released in Australia. From the early days of the Bertram-licence 35s to the present versions the marque has attracted and retained a loyal following – and this is your chance to own a well-cared for –LOW HOURED magnificent example of this iconic model.

International Marine is a Melbourne-based, third-generation company that has been building boats for longer than most of us want to remember. The Caribbean 35 is one of the longest-running designs in the marketplace, with evolution rather than revolution dictating changes over its 30-odd year life.

The Caribbean 35 has a moderate-vee hull that measures 10.67 metres, plus a marlin board and bow platform. The beam is 4.03 metres, height above the waterline is 3.5 metres, without hardtop, and draft is 900mm.

Power comes from twin engines, being a later model this beautiful vessel has a pair of B-series Cummins 5.9-litre engines with 330hp each.

Later model, higher-horsepower Caribbean 35s are good for 30-plus knots at WOT and around 27 at cruise revs of 2400rpm. Economical cruise revs around 2000rpm give a respectable 20-plus knots.

Call now for full inventory and to arrange an inspection. Vessel is based in Bermagui